Robot Inventor is LEGO set 51515-1. It has a score of 84. This is average compared to all other sets. The set is recommended by 0 reviews, based on 2 scored reviews and 4 reviews total. It is ranked in the top 40.85% scored sets on Brick Insights. We know this set was released in 2020, and it is categorised in Mindstorms. 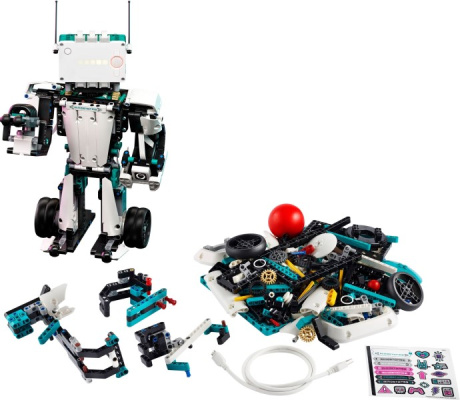 unknown
We do not currently know how the average price per part for this set compares to other sets.

All prices are in $USD, adjusted for inflation. This set is compared to other sets categorised as Robotics & Electronics. Read more about this in our article about price comparisons.

All prices are in $USD, adjusted for inflation. This set is compared to other sets categorised as Robotics & Electronics. Read more about this in our article about price comparisons.

Best Mindstorms sets of all time

Overall, I really love this set! You get the amazing new Large Technic Hub, which is perfectly compatible with the powered up motors. Instead of having to use the large bulky motors as with previous motors, you can simply use the much smaller and better powered up motors! Which is awesome! The new mindstorms motors are also pretty awesome, since they come equipped with absolute positioning. This is perfect for synchronizing walkers, and you don't have to use touch sensors to synchronize motors as with previous models, like the NXT 2.0. Absolute positioning motors are absolutely a game changer! I also do really like the new hub! It's much smaller than any of the previous intelligent bricks we got. I like the Tetris style screen a lot, it's very clean, minimalistic, and futuristic. And most of all, because this screen is so unique, it will not feel outdated at all in seven years (I'm looking at you EV3). I love every single one of the five robots, they each have a unique feature of some sort, and they're all amazing. Coding with scratch 3.0 is pretty cool, and a nice stepping stone into more advanced coding. My favorite feature is the ability to natively code with python out of the box. I also really appreciate that the mindstorms software comes equipped with the most common commands you need for python, making it easy to learn even for beginners! So what's the downgrade? For one, as of right now, daisy chaining is not supported. I have checked the specs of the new large technic hub, and it seems to be able to support daisy chaining, it's just the software that needs to be updated. Two, the lack of a converter cable from the previous NXT cable to the new powered up cable means that all the previous sensors and all the third party sensors made for the NXT and EV3 are no longer compatible with the new system. Three, Data logging is still possible, but it must be done on the app while the hub is connected to your computer or mobile device. You cannot do data logging on the hub itself. Four, the removal of the test pad. The test pad in lego mindstorms sets has been around since the days of the RCX. It was one of the best aspects of LEGO mindstorms. One of the activities for the robot tricky required him to follow a line. Many people don't have colored tape to simply make a line on their own. I had to use the older test pad from my NXT 2.0 for this activity. Overall, I love pretty much every aspect of this set other than not being able to use daisy chaining. LEGO, please make a software update fast so that daisy chaining is supported.

This score from LEGO is an aggregate of 5 reviewers. The snippet above represent only one of them.
Read reviews

If you are a novice robot builder, I would definitely recommend getting this set. If you want to make more advanced robots with bigger programs and more options, I'd recommend getting the EV3. A lot of (third party) stuff is available for the EV3, which allow for a ton of options.

The set may not be perfect, and may not be everything LEGO Mindstorms fans hoped it would be. But it is fun, and users new to the platform are sure to enjoy it, while old hands can find some silver linings along with some new things to experience.

I'm not going to attempt to review the whole thing in one go so, in this, the first of a series of articles, I'll take a look at what's in the box. 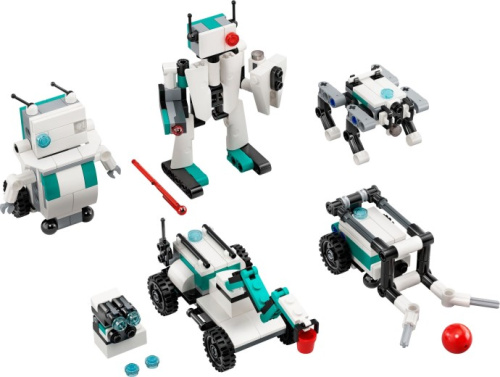