Lance's Hover Jouster is LEGO set 72001-1. It has a score of 95. This is good compared to all other sets. The set is recommended by 1 reviews, based on 2 scored reviews and 3 reviews total. It is ranked in the top 5.13% scored sets on Brick Insights. We know this set was released in 2018, and it is categorised in Nexo Knights.

What a bang for your buck. Four individual assembled items - three characters and the big jousting machine that one of the characters rides on.. It is a little more difficult that the typical Lego set in this age range. Lots of smaller and complex pieces, and the instructions can be a little confusing as the colors are grey, black, orange and gold. It can be easy to confuse the colors. The legs are also easy to put on backwards on the spider guy. The jousting machine has two spear launchers (three spears included) and the smaller angry dude has a gun with two projectiles. Spider guy's shield bounces all the projectiles (pew, pew), but the small angry dude gets creamed. The jousting machine's seat moves forward and back, and can be stopped midway so it's elevated. Overall a really creative set that encourages imagination.

This score from amazon.com is an aggregate of 14 reviewers. The snippet above represent only one of them.
Read reviews

This set is ok. Overall, I would say that. The minifigures are awesome. Lance is exclusive, which is good. The Cezar guy reminds of Cyrus Borg from Ninjago, and he is pretty cool and well designed. Dennis, on the other hand, isn't that great, but Dennis was Lance's servant for the first two seasons of the show, and I guess he turned evil, because he is fighting Lance, and I thought that was pretty cool. The Hover Jouster itself is ok. It isn't designed very well, and I accidently kicked it while walking across my room, and literally almost the whole thing fell apart. The functions are great though. I tried "zooming" it on my hard floor, and it spins, which is a nice addition. The cockpit can rotate, which helps you aim with the flick missiles. Quick tip, don't leave the flick missiles in the shooters. That weakens the spring. Anyways, on the back, it can hold Lance's sheild and lance, which is cool. I wish they would've included the same thing on the front and the sides on the back, but that's OK. There are some places where open studs look good, and some where they don't. Overall, the functions are great, but it falls apart easily. 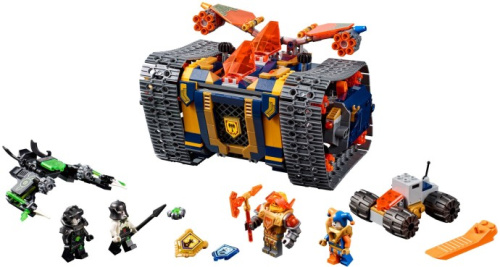 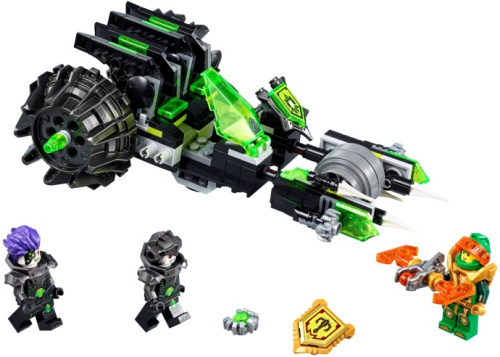