Spinjitzu Zane is LEGO set 70661-1. It has a score of 80. This is average compared to all other sets. The set is recommended by 0 reviews, based on 4 scored reviews and 5 reviews total. It is ranked in the bottom 47.31% scored sets on Brick Insights. We know this set was released in 2019, and it is categorised in Ninjago.

my son a 14 year old teen. loves the spinner zane. he loves all of the spinners I bought him now. I think they are worth the price that I paid for. any one that loves ninjago. should buy this for their children.

This score from amazon.com is an aggregate of 50 reviewers. The snippet above represent only one of them.
Read reviews

My friend has been able to collect all the different kinds of Ninjago spinners except the 2019 ones (2011-2012 spinners, 2015 flyers, 2018 spinners and 2018 flyers), and my favorites are the originals, and then these ones. I'm not a fan of the ripcord powered ones (save the Airjitzu's) and the original 2011 ones are too hard to come by sealed, so when the pictures of the Spinjitzu pieces leaked, I was satisfied. They're the most show-accurate spinners yet, and probably the most playable. There are 3 different attachments you can clip onto your spinner, which are defense, attack and speed. The speed ones feel really filler, because if you spin the spinner without any attachments, it goes faster than 'speed' mode and looks a lot cleaner. Attack mode looks cool as you're spinning it, but if you put your finger 3 inches away from the spinner it will fall over. Also, I tried battling two of them with both speed modes attached and if one hits another, it just makes itself fall over. Defense is by far the best mode. It looks the best while spinning, and if one spinner hits another with the attachments on, it actually knocks over the other one, unlike the other two. When I went to Walmart to buy Cole's spinner, they didn't have it, so even though I already have Zane's Legacy suit, I bought this one. His accessory is a silver katana, which is probably the easiest weapon to get in the entirety of Ninjago. However, it's impossible to spin the spinner with it in his hand. This is one of the first Lego sets I've bought at full price, and I regret doing so. It would've been better if they put 2 kinds of attachments in and made it $5, or just made it $7 or $8 instead. Still, it's a new take on the spinners, and might be the best yet. 7/10 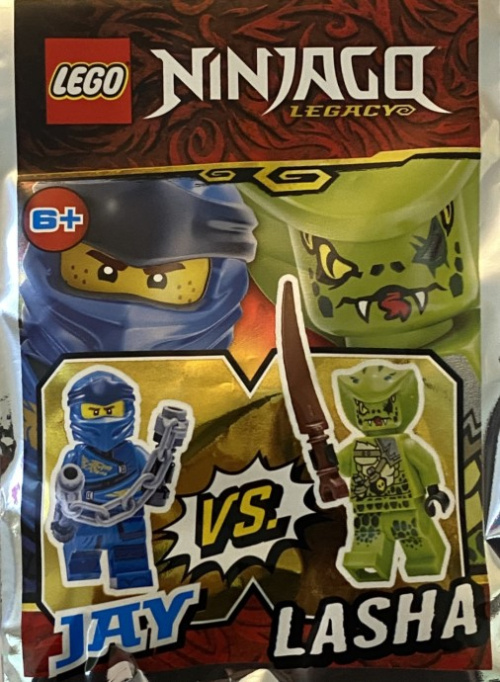 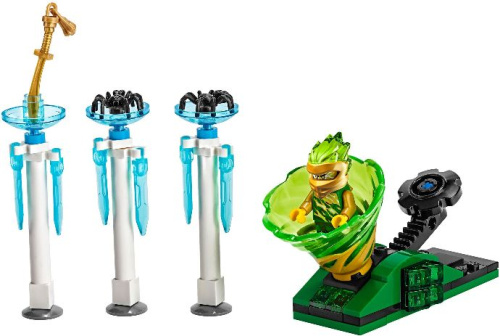