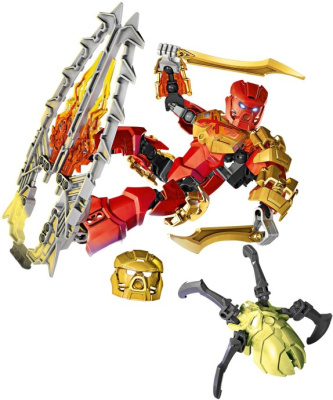 Tahu - Master of Fire is LEGO set 70787-1. It has a score of 89. This is good compared to all other sets. The set is recommended by 1 reviews, based on 4 scored reviews and 10 reviews total. It is ranked in the top 12.48% scored sets on Brick Insights. We know this set was released in 2015, and it is categorised in Bionicle.

All prices are in $USD, adjusted for inflation. This set is compared to other sets categorised as Constraction. Read more about this in our article about price comparisons.

All prices are in $USD, adjusted for inflation. This set is compared to other sets categorised as Constraction. Read more about this in our article about price comparisons.

One of my all-time favorite sets, and one of the few sets that I still have assembled in some (albeit modified) form is the original Tahu, Toa of Fire set from the summer 2001 launch of the original Bionicle line. I was a big fan of that line, and was excited to see it being relaunched. While this time all six Toa became available at the same time, I started with Tahu for nostalgia's sake. Quick overview: The good: – Large and solid-feeling figure. – Very posable, with moving armor pieces. – Good weapon selection. – Several interesting new elements. – Plenty of nostalgia. The bad: – Mask and head compatibility with prior sets lacking. – Lack of compatibility with non-Bionicle/Hero Factory elements in limbs. The new Tahu looks good; proportions aren't too different from the original, although the mask is about the same size for a figure close to thirty percent taller. He comes with a good selection of weapons, the larger of which have multiple functions just by themselves and multiple attachment points. The weapon storage for his shorter swords is well-done; it's unobtrusive when they're lying flat, and they have a lot of flexibility to get out of the way of any pose you want. They're also just begging to be used as super mode fins, especially in conjunction with the included golden mask (can we please call it a Kanohi Hau?). At 89 pieces, the new Tahu set has almost exactly twice the parts count as the original, and seems to have about the same distribution between small Technic parts and larger Bionicle parts. New Tahu stands head and shoulders over the original, and is at least as tall as the later Toa sets from the end of the line. Luckily, the new Tahu avoids many of the pitfalls of those later sets; he has a more bulky feel compared to the gangly proportions of the later sets, and while I'm sure most people already know this, sometime between the end of the original Bionicle and now Lego fixed their ball-and-socket joints: the ones on Tahu feel solid and robust, and none have broken so far. The return of the geared arms and back wheel is a nice touch, but the addition of a damping gear and ball-and-socket joints in the shoulders make it a lot less frustrating than the original; I would say that, for those who dislike the gimmick, it can be almost completely ignored, since it doesn't negatively impact posability. There are a few issues I have with the figure, however. Several focus on the head. While the return of masks designed to come off as a play feature is nice, and the trigger works better than the old stud connection, the masks themselves have no inter-compatibility with older heads, nor do the new heads have any ability to wear old masks. Given the wealth of mask designs present in the old Bionicle line, this is something of a lost opportunity, and looking at the new masks, they appear to have a divot that is normally seen over a stud or axle connector, making it likely that a more compatible connection as planned at some point. This wouldn't be so much of an issue if a full head swap was simple, but thanks to Hero Factory, Lego has chosen to have the ball-socket neck joint have the neck be the ball and the head be the socket, the opposite of how it was for most of Bionicle. This makes putting an old head on the new body problematic. My other big issue is similar; the new Hero Factory-style limbs make heavy use of ball joints to attach everything. While this gives some flexibility to the armor, it also costs the ability to mount much in the way of conventional Technic elements or normal bricks. Some more Technic peg holes here or there would have been a nice addition, especially on the shorter ones, and some additional Technic styling would have looked great peeking out from under the armor. Overall, Tahu is a great figure, mixing both modern elements with a good dose of nostalgia. I would recommend him or the other Toa to fans both old and new. I'm also excited to see what sets will come along next; some Rahi scaled to the new larger Toa would be nice, and it would be interesting to see a hybrid of the older style of Titan, made with Technic elements, mixed with the new Hero Factory style. And, of course, Exo-Toa, anyone? Whatever happens with the rebooted story, I will be paying close attention to the new Bionicle line for the next year.

This score from LEGO is an aggregate of 30 reviewers. The snippet above represent only one of them.
Read reviews

The completed figure is fully articulated and comes with two golden swords and a lava surfboard that converts into two Elemental Fire Blades. It also comes with two masks, a red and gold one, plus there's an enemy Skull Spider that can also be used as a third mask. Tahu has a wheel-operated bashing battle arm function, that swings both his arms back and forth by turning the wheel on the figure's back.

I remember when my brother and I first had the bionicles when they came out way back in the early 2000s. My nephews come over and play with them at my house and always say how they want to take the ones I have home with them but instead I bought this for my oldest nephew. Now I've started him on his own bionicles collection and he loves it!

This score from amazon.com is an aggregate of 75 reviewers. The snippet above represent only one of them.
Read reviews

Of the dozen or so sets I bought yesterday this was the first one I built because I was curious to see how Bionicle had been rebooted. However I can't say I'm that impressed, certainly not enough to go out and buy any more. I don't really like the CCBS, it's too far removed from the core LEGO building experience in my opinion, and I certainly don't like the shoulder pads on this particular model.

Tahu is a defining character. But is he a defining set? He has the lowest amount of parts of the three $20 Toa, but don't let that put you off. He has a great design, that offers a grand amount of poseability and playability. There are a bunch of new and recolored parts to choose from, which are awesome within their own right, such as the fantastic new lava board swords. He is fun to build thanks to the new gearbox system, and personally, I feel he has one of the greatest designs of the new Toa. Of the three larger Toa, Tahu is the one I have enjoyed the most, and would in turn recommend the most.

This is a solid set, and I absolutely recommend it. Tahu is undeniably Tahu, and I can't wait to see where this line is going!

While he's definitely a cool set, I don't know that he feels entirely like Tahu. To be honest, he seems much more like a remake of Lhikan (who's been hitting the gym for the past 11 years since he was a set). A gold Hau and absurdly giant pair of swords complete the Lhikan ensemble. Also, I cannot stress enough how gigantic his calves are -- Tahu never skips leg day!

The gearbox mechanism works like any other Master's, and the shoulder armor moves with the arms they're connected to. How the Golden Swords are stored on the back is remarkable; you can move them about in the gearbox and in no way will they get in each others' way. Bravo LEGO Designers for this amazing feat of assembly. 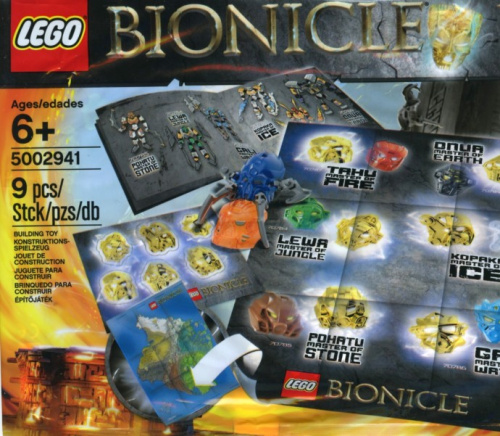 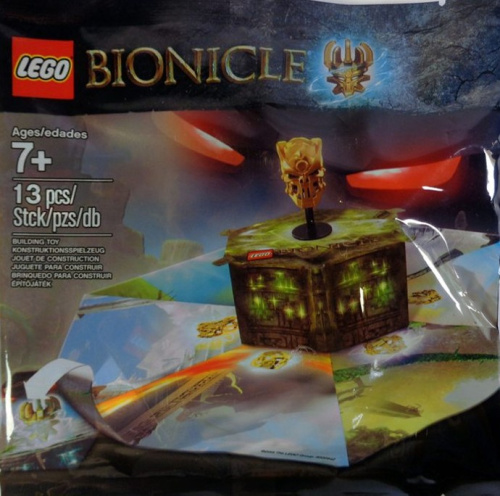 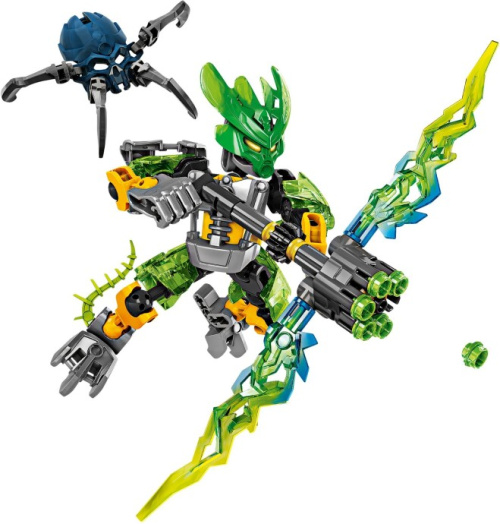 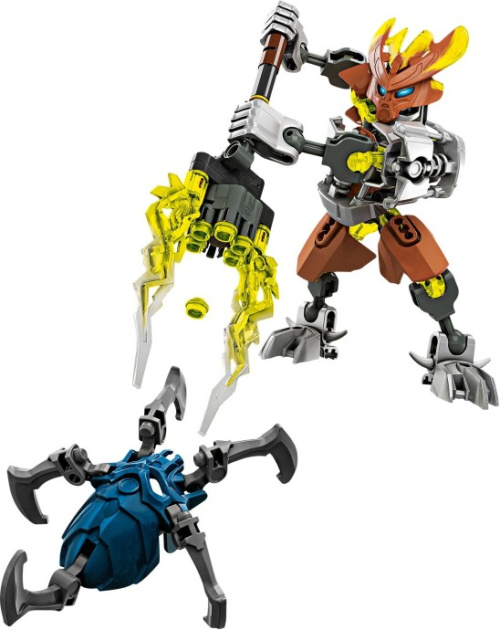