Mr. Freeze Ice Attack is LEGO set 70901-1. It has a score of 80. This is average compared to all other sets. The set is recommended by 2 reviews, based on 11 scored reviews and 16 reviews total. It is ranked in the bottom 45.09% scored sets on Brick Insights. We know this set was released in 2017, and it is categorised in The LEGO Batman Movie. 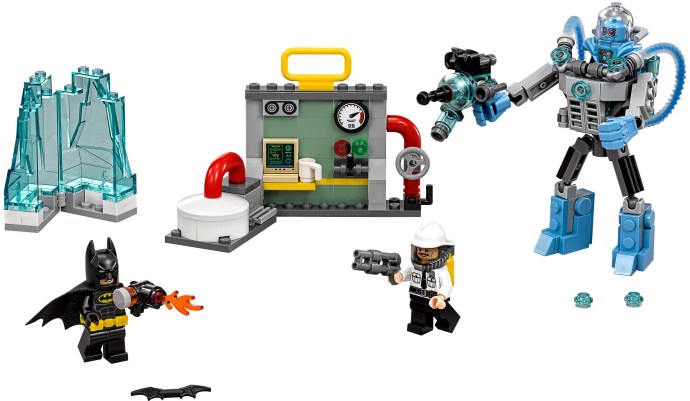 Best The LEGO Batman Movie sets of all time

This is a great set that I highly recommend. It is one of the lower priced sets of the theme to begin with, but it also comes at an excellent value per brick as well as for build time. You get three nicely designed Minifigures, and fun, detailed build. This set is worth the purchase even at full price.

Our grandson enjoys this and added it to his collection of Star Wars Lego's.

This score from amazon.com is an aggregate of 261 reviewers. The snippet above represent only one of them.
Read reviews

I wasn't planning on getting this set until I got it for Christmas, even though I don't actually celebrate Christmas(pretty spoiled, huh?). It was a pleasant surprise but I wasn't expecting anything amazing, and, to be honest, this set exceeded my expectations. Let's look at the minifigures; Batman -Batman is the same as all the other versions from this line, but with a different head piece, which is new to this wave of sets. His belt piece is cool. One side has a confident grin and sloped eyes, the other has bared teeth and closed eyes, as if he's struggling to hold something. or if he's been frozen by Mr. Freeze. He comes with his standard batarang and also a flamethrower. Security Guard -The security guard is pretty standard, but still a good addition to the set. He has a pretty generic security-guard looking torso, with a tie, a collar, some pockets, a belt, and a badge. The belt continues onto the back, but this is mostly covered up by the yellow oxygen tank on his back. This connects to his face via some tube pieces. He also has a white firefighter hat. His head has two faces, complete with a mustache- a serious face and a scared face. He has a fairly generic grey double-barrel gun. Mr. Freeze -Mr Freeze is the titular villain of this set. It's somewhat based off of Arnold Schwarzenegger's performance of the character from the universally hated "Batman and Robin", which adds to the ridiculousness of the whole theme. He has a blue color scheme, with a light blue head and dark blue for most of the torso and legs. His waist is light bluish grey and his hands are black. His torso features some tubes on the front that lead to a metal chest piece with a light blue reactor-type thing in the center. There is some ice coming from this. His legs have some good armoring detail. His face bears a decent amount of resemblance to Arnold Schwarzenegger, and has some big red goggles. His light blue armor piece has some metal detailing on the front, again with a little reactor thingy. It can fit a large transparent "glass" dome over his head, which looks pretty funny. He comes with a comically oversized 20-piece freeze gun, which can be held without him falling over via a capsule sticking out downwards on the side. This is a funny and cool minifigure. Onto the builds. First is a section of some sort of power plant. It features a wall with a desk for a computer and coffee mug, a lever and two colored buttons, a stickered dial on the wall, and a audio tape piece. There is a railing above, but no room for a minifig behind that. You'll just have to use your imaaaaagination.... This build also has some red pipes. One section of pipes has a large white tank attached, and the other has a large wheel that can be turned to transfer energy somewhere or something. It's not the best, but it's a good scene for play. Also, if you have The Joker Balloon Escape and Scarecrow Special Delivery(the latter of which will be released later in 2017), you can connect all 3 sets to make a bigger playset(Although Batman will have to fight 3 villains at once. I'm sure he can pull that off.). Now for the other build; Mr. Freeze's mech. This is cool, because it introduces a new specialized mech piece that has a place for minifigures and also for other attachments, such as arms, legs, chest, etc. The arms are a bit too simple, but have good poseability, using ball joints. They have cool light blue hand pieces on the end that can hold Mr. Freeze's gun. There we go, that's a bit more proportionate! There are two translucent tubes with blue in the middle that loop around the arms and torso. The legs are a bit less simple than the arms, and feature nice brick-built light blue boots. They also are on ball joints. The waist can also be rotated a full 360 degrees. The chest has yet another sort of reactor in the middle, surrounded by grey detailing. The back features some transparent blue tanks on the back, which is on a hinge that can be folded back for easier access to the "cockpit", which holds a figure snugly. Inside there is a small console. This mech looks simple, but is great for play, display, animations, and more. So overall, this is a very nice set. The minifigures are pretty good, and the builds are surprisingly fun. I think this would make for a great gift for anyone. Of course, if they're interested in LEGO. :)

This score from LEGO is an aggregate of 21 reviewers. The snippet above represent only one of them.
Read reviews

The main feature here is Mr. Freeze's mech which, in my opinion, is the perfect minifigure-sized mech. I'm sure we'll soon be seeing more minifigure-scale mechs using the new element. The addition to the Gotham Energy Facility adds more to the playability if you have the other sets to connect to.

I would recommend this set in a heartbeat to anyone interested in the Lego Batman Movie or anyone looking to build their parts collection without breaking the bank.

This set is a lot of fun and encourages roleplaying, storytelling, and creative play. Kids can create various scenarios in which Batman will battle Mr. Freeze, and save a security guard in the process. Or they can also choose to have Mr. Freeze defeat the dark knight, thanks to some help from his inside man, the security guard.

Mr. Freeze Ice Attack is a mixed bag but the mech-suit is enough to swing it as it's so well executed and provides enough playability to make up where other elements lack.

Overall I think this set is okay. The ice block is convincing and the Freeze mech is good but looks too skinny. The portion of Gotham Energy Facility looks rather juniorized in my opinion, and eats up pieces in the set. I'd rather have seen a bigger Freeze mech and a smaller Energy Facility build. Personally, I feel Catwoman Catcycle Chase is a better set at the price point, with far better minifigures, better villain vehicle, and a better scenery build.

Recommendation: no 2 / 5 by Nick Martin

It's a cheap set, sure, but it lacks the character and style of the other ones we've gotten.

In my personal opinion the set 70901 Batman Movie Mr. Freeze Ice Attack is one of the most interesting sets to start with the license of LEGO Batman, because it contains enough minifigures to create a small diorama, it provides playability for the little ones (the set offers an age-appropriate build and play experience for ages 7+) and offers numerous interesting pieces.

Even if you already own one (or all) of those old sets, you might still be interested in picking up this set because it's got some fun new pieces and a completely redesigned Mr. Freeze.

With the exception of the Guards Pistol, and turning the little flame in Batman's gun, every other part of this set has some sort of moving component. There are numerous ways to change up your play process on this set.

This is another strong addition to the range of The LEGO Batman Movie sets! The minifigure selection stands out as a result of Mr Freeze's inclusion and I like his exosuit very much indeed while the remainder of the set provides plenty of additional potential for play and display. 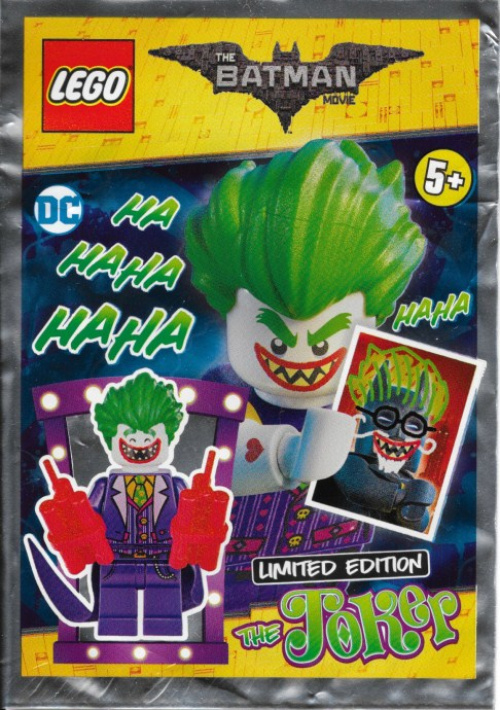 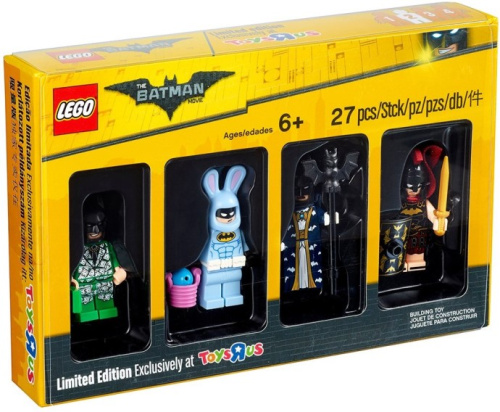